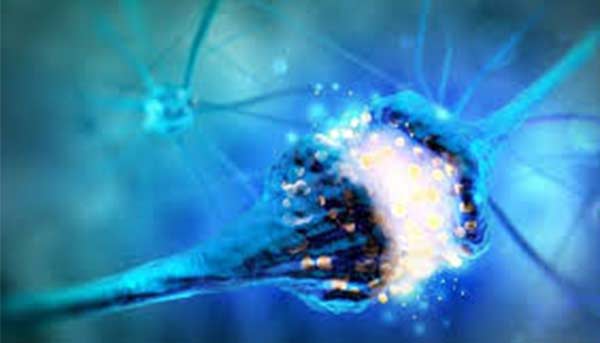 While doctors and scientists advance in their research to understand the machinery of the human brain, artificial intelligence (AI) is already capable of hacking it. There are now AI systems to treat symptoms of depression, machine-learning software capable of recognizing brain changes caused by Alzheimer’s years before the first signs appear, and brain scans that can identify suicidal tendencies.

One of the greatest challenges facing artificial intelligence development is access of the human brain and figuring out how to mimic it. Now, one group reports in ACS Nano that they have developed an artificial synapse capable of simulating a fundamental function of our nervous system — the release of inhibitory and stimulatory signals from the same “pre-synaptic” terminal.

The human nervous system is made up of over 100 trillion synapses, structures that allow neurons to pass electrical and chemical signals to one another. In mammals, these synapses can initiate and inhibit biological messages. Many synapses just relay one type of signal, whereas others can convey both types simultaneously or can switch between the two. To develop artificial intelligence systems that better mimic human learning, cognition and image recognition, researchers are imitating synapses in the lab with electronic components. Most current artificial synapses, however, are only capable of delivering one type of signal. So, Han Wang, Jing Guo and colleagues sought to create an artificial synapse that can re-configurable send stimulatory and inhibitory signals.

The researchers developed a synaptic device that can reconfigure itself based on voltages applied at the input terminal of the device. A junction made of black phosphorus and tin serenade empowers switching between the excitatory and inhibitory signals. This new device is malleable and resource full, which is highly desirable in artificial neural networks. In addition, the artificial synapses may simplify the design and functions of nervous system simulations.

Currently, brain scans with radioactive tracers are able to predict with relative precision who is at high risk of developing Alzheimer’s within ten years, but this is an invasive, expensive method that is only available in highly specialized centers. The new technique, however, is simpler, cheaper and non-invasive, says the scientist, who intends to apply the method in the early diagnosis of diseases such as Parkinson’s.


Department of Computer Science and Engineeringt